Petition to save the darkrooms at events in Manchester 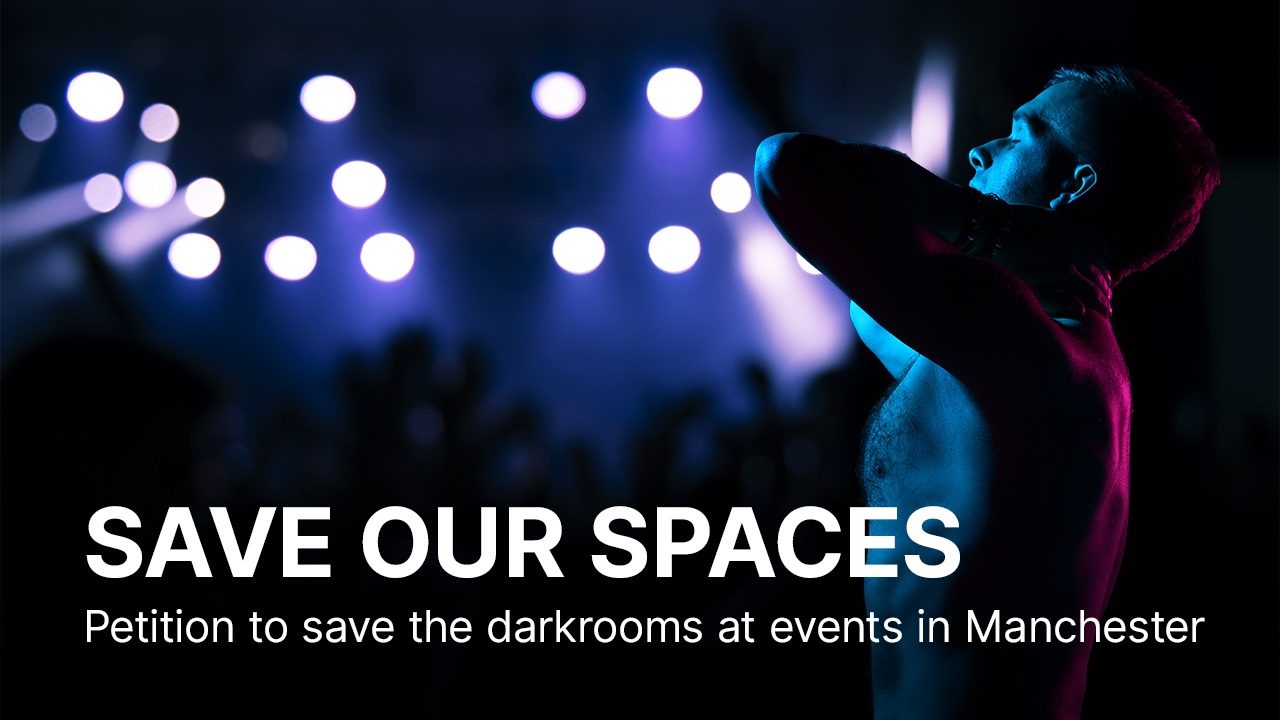 Club Alert is asking everybody to sign the online petition for their “Save Our Spaces” campaign.

“There appears to be a ‘crackdown’ across the [Gay] Village on events which include darkrooms.”

Despite having hosted such events in the Manchester Gay Village for 15 years without issues, the licensing department of the Manchester City Council have apparently suddenly changed their stance in 2019, unlike other UK cities like London and Birmingham.

“There is an ongoing need for safe men-only spaces where we are allowed to wear fetish clothing without fear of discrimination or ridicule and where we are permitted to engage in consensual sex with other adults within the venue.”

All efforts to challenge the council’s positions had been without any success. That’s why they now want to get the public involved to finally get their questions answered.

Local Flokk for Mancs and vistors.